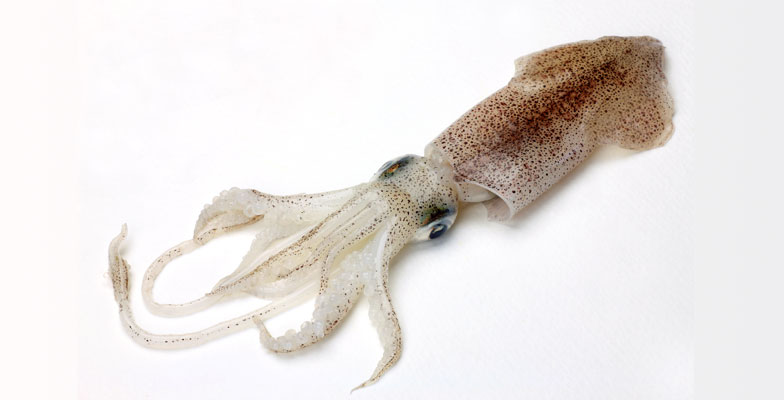 Cephalopods by origin Squids have large eyes, elongated bodies, two tentacles and eight arms. Similar to other counterparts they have a mantle, distinct head and bilateral symmetry. Just like an octopus, they have a very soft body but it has a small skeleton which is shaped like a pen. They use their two tentacles to grab the prey and the eight arms to hold it tight.

The beak they have is used to cut the prey into pieces and swallow it. They usually locate their prey and then by jet propulsion move very quickly to reach and attack it. Surprisingly squids are considered to be the most intelligent of all the invertebrates found on earth. Squids can also camouflage and escape from predators. They are bioluminescent and use the light also for camouflage.

In commercial fisheries found in Japan, the Mediterranean, the south-western Atlantic, the eastern Pacific the squid are nurtured for consumption. Also called Calamari you would find them being used as a popular food item in many parts of the world. Squids are also a popular presence in many mythical tales and literature across the world. They can also use ink present in their bodies to distract any kind of predators trying to attack them.