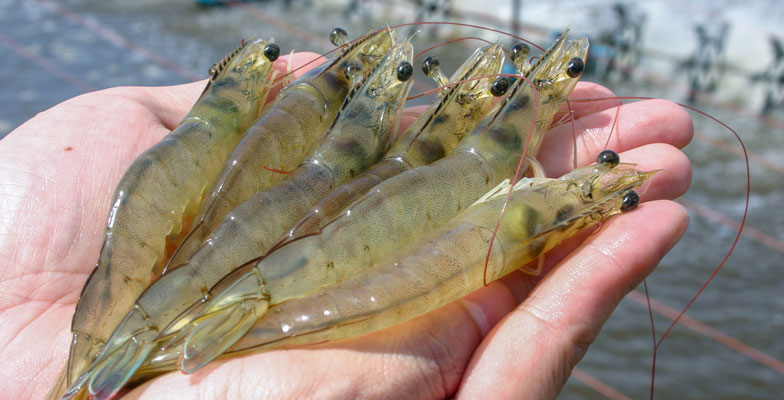 Found in the eastern Pacific Ocean the White leg shrimp as it is also known as is farmed for food on a regular basis. In some places, people also refer to it as the King prawn or the Pacific White Shrimp. On the outset, the Vannamei Shrimp can grow to a total length of 230 mm. The length of its carapace only grows to 90 mm.

The adult white leg shrimps are found in the sea at a depth of around 72 metres and the young ones can be seen thronging the estuaries. Its rostrum is moderately long and has 7-10 feet on the dorsal side while it has two to four teeth on the ventral side. The white leg shrimp is mostly found in temperatures above the level of 20 degrees.

In the 20th century, this species was very crucial for the fisherman of this region. However, by the end of the decade fisheries became overcome by aquaculture. In fact, in El Nino years the temperature rose and the population of the Vannamei Shrimp declined and vice versa. 9 years back Greenpeace foundation added the same to the seafood red list. This includes species which are easily sold in fisheries and can be easily sourced from unsustainable fisheries. In the year 2016, its global production was 55% of crustacean’s production worldwide.